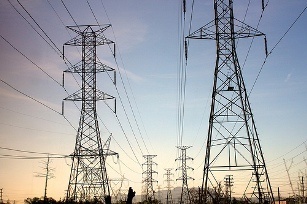 Informa Energy Group, organiser of power and energy exhibition Middle East Electricity (MEE) 2014, has announced the ‘Future Generation’ competition for engineering undergraduates in the UAE at the event

The MEE exhibition, which is held annually in Dubai, is the region’s longest running power event. This exhibition aims to bring a number solutions in the power, lighting, renewable and nuclear sectors to the fore.

MEE 2014 will take place between 11-13 February and will feature more than 1,200 exhibitors from 100 countries. The event is expected to attract 18,000 decision makers from across the world. Power Nigeria in Lagos and Saudi Energy in Riyadh are the partners for MEE 2014.

For the ‘Future Generation’ competition, Informa Energy said that each participant has to design and develop an innovative energy conservation/alternative energy solution project, which will be judged by those visiting the MEE 2014.

The Chair of the Education Committee for the Energy Institute Middle East will present an award to the winner of the competition on the last day of the event, at 2 pm in the conference room in Sheikh Maktoum Hall.

Informa Energy director Anita Mathews said, “Demand for energy is on the rise in the UAE and across the Middle East, and in order to be efficient, we should have the ability to store this valuable resource. The ‘Future Generation’ competition will not only help create public awareness on energy conservation, but it will also help students to think out of the box and derive innovative solutions.”

Earlier this year, the organisers of the MEE 2014 selected the Technical Review Middle East as the Official Publisher of the show.