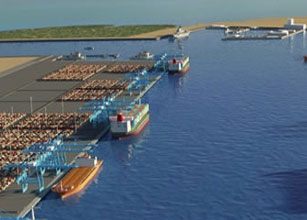 Qatar has awarded its second contract worth US$1.2 billion to the Middle East Dredging Company for the dredging works at the New Doha Port.

The contract is for the dredging and construction of the 15-meter deep access channel into the port, which will be the deepest in the world when completed in 2016, reported the Qatar News Agency.

Earlier this year, the first construction contract for the project was awarded to the China Harbour Engineering Company, who will be responsible for the construction of the port basin and inner breakwaters.

The port, in the region of Mesaieed, will be completed in three phases; the first phase will provide the port with an initial capacity of two million TEU from 2014.The second phase will not begin until 2020, while the third and final phase will commence in 2030.

Once finished New Doha Port, at a cost of US$7 billion, will have a total cargo-handling capacity of 6 million TEU and will spread across an area of 26.5 sq-km adjacent to Doha city.