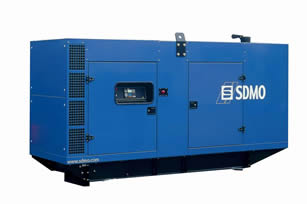 In spite of a substantial fall off in world exports of diesel generating sets up to 2000 kVA, the Middle East, comparatively, showed a more modest fall. Worldwide export figures show a US$2.5bn or 28.7 per cent fall compared to a 14.6 per cent fall in the Middle East (accounting for some US$237mn). According to Customs & Excise official statistics, exports from the UK to the Middle East fell by US$115mn (19 per cent) although their sales still outrank the rest of Europe. Surprisingly, the rest of Europe showed an increase in exports against the previous year by a handy US$52mn. By comparison, the US had a large fall of approximately US$105mn, China fell by US$43mn and Japan by US$26mn.

THE MIDDLE EAST diesel genset market has reached the maturity stage, and will continue to project stable growth rates in the future. Currently, the market is highly concentrated in industrialized countries including Saudi Arabia and the UAE.

Power protection specialist, Tripp Lite, has announced the launch of several new products on to the market. These include a new cooling system, console server and new UPS system.

APC BY SCHNEIDER Electric, a global leader in integrated critical power and cooling services, recently announced the appointment of Saudi Business Machines Ltd. (SBM) as a gold partner in the burgeoning Saudi market. Gold partner is the top level of partnership in the current APC channel program. APC who recently opened their new office in Riyadh, have extended their regional channel development with the appointment of SBM as the gold partner.