Speaking on the opening day of the Global Energy Utilities Forum (GEUF) on 7 March, Jens Madrian, executive director of NEOM Energy at NEOM, discussed how Saudi Arabia?s US$500bn futuristic development will achieve its goal of a 100% renewable city 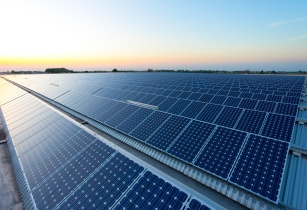 The four pillars of NEOM?s strategy include a 100% renewable, carbon free energy system at the lowest cost with a secured supply, leading integrated customer experience, clean energy-intensive industries, and an energy innovation ecosystem. With numerous challenges facing such an ambitious plan, digital innovation is fundamental if NEOM is to deliver its vision.

The system is more solar heavy than it is wind, requiring its team to ensure it is able to stabilise the system on a fundamental basis, sufficiently acknowledging its challenges. ?We?re making long term estimates of our domestic demands by 2030 and 2045 and what type of renewables mix we need to build and where, and what type of timing we?re having,? Madrian said. ?This drives project development activities on wind, solar and grids, which we are already pushing forward and having invested several billions in grid infrastructure to keep the lights on.?

In terms of market design, he spoke of the need to take a view from a financier point of view, and whether they would be happy to invest, as well as the lack of regulatory clarity. Setting up for industrial customers a market design which sends the right pricing, to adjust their load and production processes, is also vital. ?One of the key features of the entire market design is an integrated digital energy platform and respective operating systems,? he explained.

However, some challenges are currently inevitable in such a system, including generation and markets, transmission and balancing, distribution and retail, and regulation. In that regard, technology and digital innovations have a crucial role to play in building NEOM?s 100% renewable, carbon free energy system at the lowest cost. ?We accept the physical constraints around it as necessary,? Madrian said.

One key technology NEOM will use is Artificial Intelligence (AI) as it solves optimisation problems, by managing and optimising renewable and distributed energy resources in real-time and at scale. This allows the system to react quickly to imbalances caused by the intermittent nature of renewable energy.

As a result, innovations are crucial for NEOM, as well as ambitious partners to reach its goals. ?We are not able to do it on our own, it is crystal clear. Turning our vision of a 100% renewable system doesn?t remain a dream but we can turn it into a reality, and we can do that together,? he concluded.