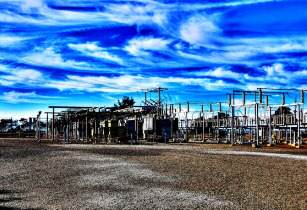 SNC-Lavalin will be responsible for the design and construction supervision of the relocation of underground T&D cabling networks and the construction of numerous 11kV substations in the country.

According to the company, this project will support the Ministry of Works’ upgrades of the Sheikh Jaber bin Ahmed Al Subah Avenue, Sitra Causeway, Al Estiglal Highway, King Hamad Highway and other minor roads and avenues within the limits of the roads contract.

SNC-Lavalin will design and supervise the diversions of several 220kV and 66kV power cables circuits, including pilot and fibre optic telecommunication and telecontrol cabling.

“We are proud to contribute to the development of critical infrastructure upgrades in the Kingdom of Bahrain,” said Karl Matalani, vice-president, Middle East, Hydro & Power Delivery, adding, “This contract builds on the previous consultancy work that we’ve done for ETD for diverting cable networks on various Ministry of Works (Roads) rehabiliation projects, awarded back in 2012.”

The work began in January 2016, and is scheduled to be completed by December 2017.