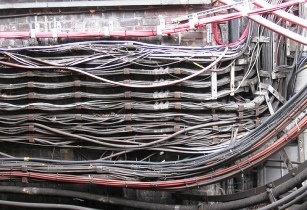 The project is scheduled to be completed by December 2014. (Image source: nicksarebi/Flickr)

The second phase involved transferring cable loads between Bu Kadra station and the 400/132kV substation at the Jebel Ali race course. The last phase was the extension of new 132kV cables to transfer electricity to the network of Jebel Ali Port, he added.

The length of the new cable network was 274,000 metres, and the scope of work included supply, extension and connecting to existing networks. The project also included adding voltage correction devices, master keys, and gas-insulated substations in accordance with the new requirements of city's new networks, according to DEWA.

The project is scheduled to be completed by December 2014.