Electricity consumption in the GCC to increase 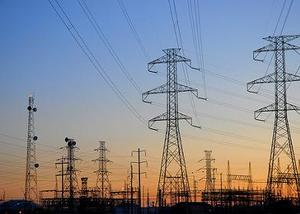 A Deloitte report entitled "Energy on Demand: The Future of GCC Energy Efficiency", shows that per capita electricity consumption during the period 2007-2035 in the GCC is likely to increase at an annual rate of 2.5 per cent.

As a result, GCC residents may well emerge soon as world leaders in per capita residential electricity consumption.

A large part of this increase is attributed to the needs of a growing population throughout the GCC and a significant 47 per cent of energy consumption diverted into residential use.

"Given this scenario, we would expect effective demand management to play a key role in the energy balance of GCC countries, and this is already happening. As the role of demand management increases, energy efficiency policies and measures will also be inevitably streamlined and reassessed," Kenneth McKellar, partner and Energy and Resources leader at Deloitte in the Middle East.

According to the report, since GCC countries are not as industrialised or service-based as other economies, their residential use of electric power will form a greater proportion of overall electricity consumption. GCC countries put only 10.5 per cent of their electricity to use in 'industry' as opposed to 37.7 per cent globally.

The reports argues that the effective deployment of the GCC Interconnection Grid should help GCC countries in optimising the generation and transmission of electricity among them, thus contributing to energy efficiency gains.