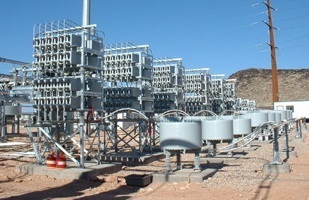 The SVC systems, which will be used at the Nahda Substation and Car Complex Substation, will be shipped in April 2013 and enter commercial operation in February 2014.

The full turnkey order marks Mitsubishi Electric's first Middle East order for an SVC system, although it has had a variety of orders from companies and organisations within the region for products including gas-insulated switchgears and transformers for switching stations and substations.

The new order reflects Mitsubishi Electric's intention to expand its reach in the Middle Eastern market with its flexible AC transmission systems, including SVCs and other grid-stabilising equipment.