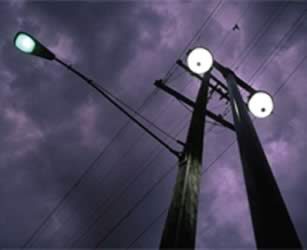 ARAMCO?S ?FAIR? PRICE of US$75 a barrel has not yet been achieved but the giant Saudi economy is still surging ahead, prioritising the creation of new homes and diversified jobs in industry, social and other services to satisfy the needs of a 26mn young and wealthy population which grows at two per cent-plus every year. This means continued rapid progress on the development of the new Economic Cities, further and accelerated petrochemical and light industrial diversification, and the Middle East?s largest by far programme of dedicated passenger- and freightline rail construction.

All these costly developments needs new power and related water plant construction, much of it under sophisticated private funding arrangements which are of great interest to overseas utilities and financiers. And for every single new job created in power generation in the Kingdom, in either public or private sectors, at least two workplaces are needed for installing and operating the power transmission and distribution systems, with all their ancillary supply industries and services.

This is where Saudi Elenex 2009 comes onto the scene, now in its 12 edition and being held concurrently from 24-27 May with closely related Saudi Aircon (including heating and refrigeration) and Saudi Luminex (lighting equipment) at the International Exhibition Centre in Riyadh. Organisers once again are UFIaccredited Riyadh Exhibitions Co Ltd, the Kingdom?s own member of the international Ifp Group. Augmented power As the infrastructure necessarily expands across such a vast area as yet unfulfilled demand for private-sector electricity products ? primarily mains power itself, of course, but also costlier genset output in remote locations, distribution facilities including billing and revenue collection arrangements, and supply/servicing of nearly all types of electrical equipment, machinery and fittings ? grows with it.

Industrial demand is expanding at least as fast as the Kingdom consolidates its position as the world?s leading source of hydrocarbon-derived products, primarily petrochems including polymers of course as well as unrelated bulk metals and fabricated items. The food processing and packaging industries are growing at nearly the same rate, many of them now serving both GCC and wider markets because the Kingdom enjoys economies of industrial scale that are not found in any other Arab country nearer than Lower Egypt. In aggregate electricity projects totalling US$100 billion or more are listed as demand for power has recently grown annually by six per cent or more ? significantly more, if the supplies were available in the key urban areas ? each year.

All that augmented power has got to be used productively somewhere and the control, end-user equipment and ancillaries markets are all growing at roughly the same rate, which is at least three times the current pace of expansion in the OECD countries where heavy-electrical companies have traditionally focused their marketing efforts. The nation?s key enterprise Saudi Aramco alone is reported to be planning to spend more than US$50 billion or more on 140-plus individual projects over the next five years, even in the straightened circumstances of this year?s disappointing first quarter.

Just a few months earlier the Finance Ministry had pencilled in a total spend of twice this for the wider energy industry over this uncertain period, already shifting rapidly to the development for local consumption of the nation?s enormous gas resources. And individual IOCs are routinely updating their plans for major industrial investments such as a brand-new worldscale refinery, ambitious plans which are all now benefiting from the easing of construction costs and an overdue ?breathing space? - but which are being adversely affected by the global credit crisis at the same time. Meanwhile region-affecting overhead transmission developments like the phased extension of the nascent Gulf Power Grid are proceeding as fast as present circumstances, including review of demand forecasts for the individual member territories, allow.

An HV power link with Egypt is reported to be still scheduled, one which will be able to make good use of the critical one-hour time difference that allows both countries to adopt traditional peak-lopping practices.

This year will be a particularly good one for international exhibitors to put in an appearance, the Saudi Elenex organisers believe, because so many new business opportunities elsewhere are being put on indefinite hold as key institutions like the World Bank, WTO and OECD separately forecast global economic shrinking for the calendar year as a whole ? on a scale unseen in 60 years. By contrast the Gulf states as a resilient group of countries look as though they have good prospects of holding their own for as long as it takes. And within just a few years overseas demand for the KSA?s key product will easily be outstripping tomorrow?s feasible supply once more, especially in the Far East. With so many electrical products and services readily available therefore mid-2009 has come along as an ideal time for a really major energy producer like Saudi Arabia to consolidate its supply situation and advance in parallel the various infrastructure improvements, such as housing in the new Economic Cities like King Abdullah EC with their mixed manufacturing and training facilities, the essential 1,000-km core rail link between Riyadh and Jeddah, and the planned nationwide series of air- and, wherever possible, seaport expansions and improvements. Says an experienced REC spokesperson without exaggeration: ?An array of investment opportunities in Saudi Arabia exists for electricity industry players from across the region and the world...with key decision makers attending Saudi Elenex on the lookout for lucrative investment deals in this growing market.? Saudi Elenex 2010 will be taking place from 23-26 May next year with the same two supporting events as listed above; special Recycling & Waste Management and Water Technology shows will be organised by REC to complement these on the same days.

For comprehensive details of the 12th International Electrical Engineering, Power Generation & Distribution Exhibition follow the links from www.recexpo.com or call the Saudi Elenex Project Manager Khalid Daou on +966 1 229 5604 (This email address is being protected from spambots. You need JavaScript enabled to view it.) Featured products at Saudi Elenex