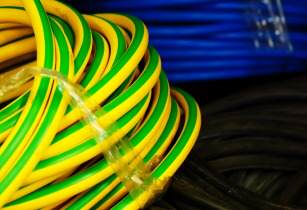 In-Koo Kang, CEO at Nexans Korea, said, “We are pleased to be a part of major overseas project with HDGSK. A long standing relationship with our customer and our solution to optimise the total cost of ownership of the installation were the key to winning this contract. Committed to customer satisfaction, Nexans has been developing products in response to customer demand.”

Nexans’ low voltage cable system will be equipped with PVC hydrocarbon resistance which features high performance. The cables will be manufactured in Nexans’ plants in South Korea and Turkey. Delivery will start in January 2016 and is expected to be completed by March 2017.

The Karbala refinery project from Iraq’s State Company for Oil Projects is the largest contract won by Korean EPCs to date, worth more than US$6bn. In this framework, HDGSK will build an oil refinery capable of processing 140,000 barrels of crude oil a day into LPG, gasoline, diesel and other petrochemical products in Karbala, a city 120 km south of Baghdad, Iraq. The plant is likely to be completed by 2020.