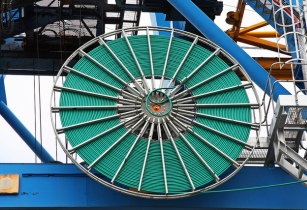 Qatar General Electricity and Water Corporation, Kahramaa has signed an agreement with French cable provider Nexans worth US$168mn for the provision of cables

With Qatar's electricity needs expected to increase by nearly 50 per cent from 6.5GW to 9.6GW by 2020, the utility is looking to upgrade Qatar’s power transmission system.

"We are pleased to be partnering Kahramaa in their drive to upgrade electrical infrastructure in Qatar and look forward to supporting the company in the years to come," said Charles-Edouard Mellagui, CEO of Qatar International Cables Company at Nexans.

"The competitiveness of Nexans’ offering and our high standards of quality and service have been key in the Kahramaa’s choice."

Authorities stated that Nexans cables will be deployed as part of stage two of the phase 11 expansion and development of the electricity network.

They will connect new sub-stations to infrastructure-oriented projects, including New Doha Ports and Doha Rail and Metro Projects.

In total, Nexans will provide over 2,000 km of cable to Kahramaa.

Production of the cables has started in Qatar at Nexans’ QICC plant. Cables will be produced and installed by December 2015.