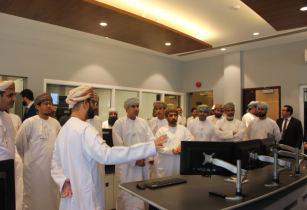 The main objective of these projects is to keep pace with the rapid growth and reflects the company’s interest in developing its systems to help its employees using the latest operational applications in the management of electrical networks, according to a Times of Oman report.

The inauguration ceremony was held at the premises of the OETC under the patronage of Eng. Mohammed bin Nasser Al Aghbari, vice-chairman of OETC, and in the presence of the executive management of the company and the companies involved in the completion of these projects.

As part of these projects, OETC SCADA system has been updated through an international specialised vendor. The projects included the installation of a number of modern communication systems as well as a set of control units, control panels and display screens at control rooms. The cybersecurity of the communication system has been taken into consideration during the design of the system.

The project also included the installation of a number of advanced systems in for energy management to improve the efficiency of network operations and enable it to operate in a safe, stable and economic manner in addition to linking the control system in Dhofar and the alternative centre with the main centre, enabling the standardisation, integration and continuity of operations around the clock, even in exceptional circumstances and emergency."

Ali Bin Saeed Al Haddabi, CEO of OETC, said that these projects are of great importance as enhance the readiness of the control rooms of the company that are equipped with state-of-the-art technologies, and enable the convenient management of the network by the engineers at the centre.

The strengthening of the current system in Muscat aims to enhance the efficiency of the centre by using advanced systems and applications that help specialists to make the right decisions in a way that maintains the network security and the economic distribution of the energy, he added.

“Establishing a control room in Salalah came due to the importance of developing the transmission system and managing the network in Dhofar in a safe and economical manner. The decision to add alternative centre was made after extensive studies that stressed the need for an advanced centre equipped with the latest technology to manage the network, and works in conjunction with the current centre and used to be used during emergency situations.”

OETC plays an important role in the electricity sector in Oman, which is the link between the power stations dispatch across the sultanate and the distribution areas of electricity distribution companies.