Phoenix Power to launch IPO for Sur project in 2014 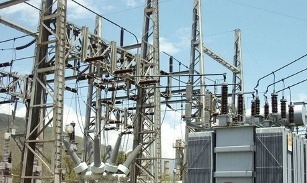 Phoenix Power Company, the special purpose vehicle created for the construction of the Sur Independent Power Project (IPP), is looking at launching an IPO for the project in 2014.

The US$1.5bn Sur IPP project, which will be the biggest power project in Oman, will supply 2,000MW to the national grid by 2014 with the first 433MW expected to be available by April 2013.

Phoenix Power entered into a power purchase agreement with Oman Power and Water Procurement Company (OPWP), which commits both parties to the sale of the full capacity of the plant over a period of 15 years.

The IPO is part of the contract the company entered into with Authority for Electricity Regulation (AER). The first step towards the floatation took place at the beginning of August when the company listed 500,000 shares in the third market of the Muscat Securities Market (MSM).

Yuji Sato, vice president of London based Marubeni Europower - the Marubeni subsidiary that manages IPPs, was quoted as saying by Muscat Daily as saying, "it is too early to say what the value is. It depends on the market conditions and the work on the project."

"The IPO is the policy of the AER. This is under the conditions in the contract. I think it means that the government would like to share the benefits of the project nationally through the IPO," Sato added.