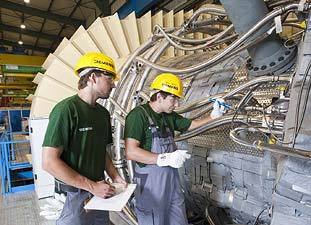 Customers from all over the world are also showing great interest in the world's most energy-efficient gas turbine. The H Class is now being tested for the 60-Hz market. It is an ideal solution for the rapidly growing Saudi Arabian power generation market, because of its efficiency, cost effectiveness and flexibility.

Siemens's new turbine series – with the highest efficiency and output rating ever – is known as the H Class and is also produced in Berlin. 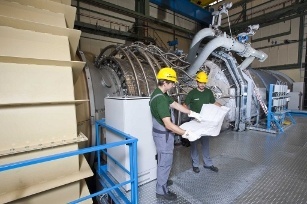 Siemens has enlarged its test bed in the Berlin gas turbine power plant specifically for this purpose. In addition, a new drilling station for casing parts has been installed to make production of the gas turbines even more efficient.

During a test run as part of the commissioning procedure for the Irsching 4 CCPP, Siemens recently achieved an output of 578 MW and a record efficiency of 60.75 per cent (net) in combined cycle operation.

"Due to the rising global demand for electric power and against the background of the increasing but fluctuating contribution of renewable energy to the power supply, gas turbines for versatile and environmentally compatible power generation are in high demand worldwide," points out Dietmar Siersdorfer, CEO Energy Siemens Middle East.