Insulating a building – a matter of life or death 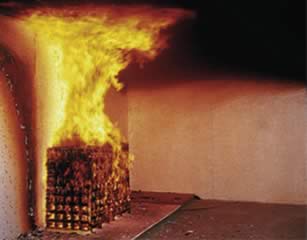 HIGH TECHNOLOGY INSULATION materials that protect buildings in a fire are being installed in major projects across the Middle East as regulations are introduced to help save lives in the event of a blaze, according to an international industry leader.

"With major multi-billion dollar buildings and projects being constructed across the region, there is greater awareness of the need to provide better protection against fires spreading," said Peter Vinken, export director of Rockwool Technical Insulation.

According to recent figures from the Emirates Medical Association, last year, there were 2,460 fires in the UAE alone, which killed 40 and injured 172 people. Dubai recorded 707 fires up to August last year, up from 598 in 2007. Rockwool Technical Insulation specialises in protective technical insulation against fire, heat, cold and noise for the building, process, marine and offshore industries and is part of the Denmark-headquartered Rockwool Group which has a total turnover US$2.4 billion and 23 factories around the world.

"Many of not only the tallest but the most complex projects in the world are under construction in the Middle East and the extra time our products provide to evacuate buildings in a fire emergency can mean the difference between life and death," Vinken said. For example, structural steel loses its load-bearing capacity at temperatures above 400 degrees Centigrade. "One of the most vital properties of Rockwool stone wool is its ability to withstand temperatures of more than 1,000 degrees Centigrade," said Vinken. "Properly used, Rockwool stone wool acts as a fire resistant barrier providing vital extra minutes for rescuing people."

For Rockwool Technical Insulation the Middle East has rapidly become the company's fastest growing export markets with the region contributing 50 per cent of export revenues in 2007. "We are seeing further major growth in the Middle East with growing demand for insulation products in industry and for fire protection as well as ventilation and air conditioning," Vinken said. "With new plants being commissioned virtually every few months, large quantities of high standard insulation materials are needed. The whole Middle East region continues to exhibit huge market potential for high quality products for projects in the building and process industries."