Qatar allocates US$10 billion for infrastructure 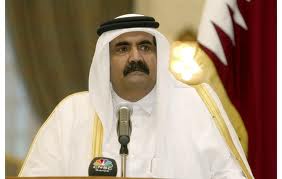 The Minister of Municipality and Urban Planning Sheikh Abdul Rahman bin Khalifa Al Thani, stated that US$10bn has been allocated by the Public Works Authority (Ashghal) to implement infrastructure projects during the next five years.

The announcements came at the 3rd Business and Investment in Qatar Forum which took place in New York which aimed to promote the role of Qatar in the business and investment world.

The allocation was made before Qatar won the bid to host the Fifa World Cup in 2022, the Minister added, reported The Peninsula.

Qatar has allocated 40 per cent of its 2011 budget to development projects. Nasser Al Mawlawi, President of Qatar Public Works Authority (Ashghal), confirmed that US$20bn of estimated spending will take place overall in the next five years, while schools, healthcare facilities, and ports will require another US$5 billion worth of investments.

As of yet, no specific fund or tender has been set for the mega projects Qatar will have to implement before 2022, which has been estimated to cost between US$100 billion to US$120 billion.

"The cost of the World Cup projects has not been included in the general budget, while the designs concerning the playgrounds and sport facilities are under construction now," the minister added.