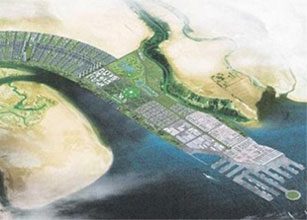 Iraq will start to invite bids for the first phase of the US$6mn Grand Faw port in the South of the country, Iraq’s port company said.

The first stage will consist of building a breakwater in the Gulf.  Omran Rahdi Thani, general manager of the General Company for Ports of Iraq, was reported by Reuters as saying that the Transportation Ministry would soon seek bids to build the breakwater, which is expected to cost around US$340mn.

The port, known as Grand Faw, is to be built south of Iraq's oil hub, Basra.  A modern port is part of a long-term goal to turn Iraq into a transportation corridor between the Middle East and Europe.

“If Grand Faw port is completed it would be a major event for world transportation. We will shorten the time to reach Europe from 20 days to three or four,” Thani said.

The port will include 7,000 metres of dock to receive container ships. The dock for general cargo would be 3,500 metres.