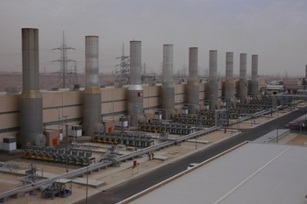 Saudi Electricity Company (SEC) has signed 11 contracts worth US$530mn to set up power transport lines, gas-powered generating units and transformers in different parts of the Kingdom.

"These contracts include expansion of power plants in Wajh and Tabuk, establishment of 380KV and 132KV transformers and a 380KV transport line to link the Dharma plant with the Riyadh network," Ali bin Saleh Al-Barrak, CEO of SEC, was reported by Arab News as saying.

Al-Barrak said the new projects would reduce pressure on the existing power plants and strengthen the efficiency of electricity networks in various cities. He said the new national budget for 2012 has allocated US$14.6 billion to carry out a number of electricity projects, adding that it would contribute to providing connections to 350,000 new subscribers.

Demand for electricity in the Kingdom is expected to reach 60,000MW by 2020, up from the current production capacity of 50,000MW. SEC plans to invest over $80 billion in generation, transmission, and distribution projects in the next 10 years.

Split up into six companies

The SEC recently announced plans to launch a transmission subsidiary in January as part of a move to split up into six companies to encourage competition. After the restructuring, SEC will be a holding company and will retain full ownership of the six companies, which include four power generation firms, one firm for distribution and another one for transmission.

The cost of the restructuring program is estimated at around US$53.3mn, Al-Barrak said. "As a result, the Saudi market will be competitive, which will help increase productivity, efficiency and attract investment to meet high demand," he added.