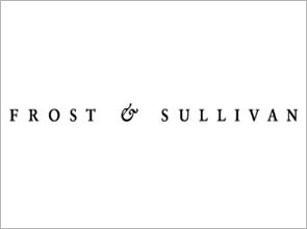 According a recent report by Frost & Sullivan, the GCC is expected to invest nearly US$73 billion in power generation and T&D projects and add 36 GW of generation capacity in the next five years.

This investment in power generation and T&D is essential to meet the demand emanating from the aggressive diversification attempts and infrastructure led by effort development commitments by the GCC countries.

Investments in power generation will supplement the expansion and modernisation of the T&D network, to cater to the increased power generation and the ongoing urbanisation/ industrialisation in the GCC region.

Currently, no Smart Grids are under development in the GCC. However, a number of countries in this region are either in the pilot or planning stages and this is expected to accelerate in the next 5-7 years.

The factors that are expected to drive Smart Grid adoption in the GCC region are infrastructure expansion, upgradation of the T&D infrastructure, reducing demand, increasing reliability and stability, and flexible tariffs among others.

According to Frost & Sullivan, the most significant challenge for the adoption of Smart Grids will be to overcome the inappropriate business models for utilities. The GCC Utilities stand to lose due to decreasing energy consumption, especially given the stringent moderation of tariff structures by the governments and regulators.

This challenge can be overcome through new regulatory models and business incentives that can provide some form of compensation to offset the utilities loss of revenues, for example, tax exemptions.

Subsidies and tax exemption mechanisms need to be structured in a way to encourage utilities to invest in new technologies, which in turn would increase efficiency, clean energy production, and reduced demand.

"Smart Grids might not be the exact solution for all utilities. However, each utility needs to gain absolute clarity on the performance optimisation required in its case and seek a solution that fits with its needs. Benchmarking is a great way to do so," says Frost & Sullivan Energy and Power Systems Industry Manager, Abhay Bhargava.

One of the recommendations by Frost & Sullivan to make Smart Grids a reality in the GCC region includes clear strategy in place by utilities to ensure business needs that dictate technology requirements and not vice versa.

Also, investment in facilitating infrastructure and distributed sources of generation, including renewables, along with raising consumer awareness about energy efficiency, and new beyond-the-meter technology will help to develop Smart Grids in the region.