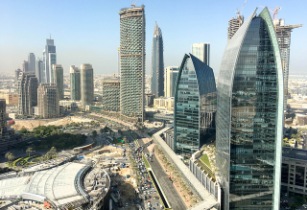 Investor confidence in Dubai as a competitive global hub and the business development potential in the emirate remained robust, with the Department of Economic Development (DED) witnessing 1,651 new licenses in July 2018 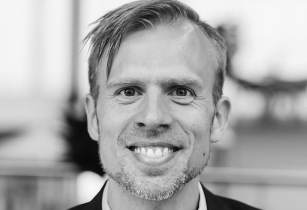 Peter Granqvist will take up the position of senior vice-president for product development, planning and purchasing, replacing Johan Inden 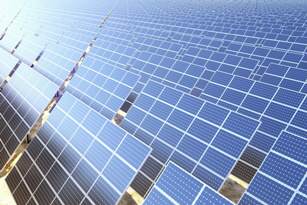 The rapid pace of reform in Saudi Arabia and the business opportunities arising from Vision 2030 were highlighted at the Saudi British Business Joint Business Council?s Roundtable held in London on 17 July

Highlighted in particular was the engagement of the private sector in the reform process through SAGIA?s Tayseer committee, which aims to provide an enabling environment for the private sector  Progress in privatisation and corporatisation was also underlined.

Reforms to the legal and regulatory environment are happening on a weekly basis, examples being the progressive reduction in customs clearance time from 14 days to 24 hours, the establishment of a commercial arbitration centre and a new insolvency law.

Progress is being made in the financial sector, with the first sharia-based digital bank set to open in the Kingdom, and increasing levels of institutional investor interest reflected by the inclusion of Saudi Arabia in MSCI?s emerging markets index from June 2019.

However further progress needs to be made in improving transparency and corporate governance, it was suggested.

New business opportunities are opening up as a result of Vision 2030 diversification objectives, population growth and social and economic reform. Areas such as tourism, culture and entertainment are being unlocked, tying in with the global trend towards the ?experience economy?. The creative industries is an area in which the young and women can thrive, it was suggested, and there is great potential for exploring ways to enable the  Kingdom?s cultural assets to be seen and enjoyed in an appropriate way.

While there is still some way to go in developing an entrepreneurial culture, technology development offers scope for cooperation. There are rewards to be reaped in the e-commerce sector, for example. The need to build local models in areas such as machine learning and AI was stressed.

Another promising sector is renewable energy, which will be a long-term, multibillion market, delegates heard. Factors driving the market are the growth in energy demand and development of the low carbon economy, along with ample solar and wind resources, Vision 2030 renewable energy targets and the decline in global renewable energy costs. Reforms such as the creation of the Renewable Energy Project Development Office, which is progressing the renewable energy programme, and the possibility for 100 per cent foreign ownership of IPPs are also spurring development. The infrastructure and regulations are being developed to meet the 9.5GW renewable energy target. A wind project is going through final tender and a raft of new tenders will be coming out in the next few months. There are opportunities at all levels and points of entry, with opportunities for smaller firms, for example as specialist suppliers. Net metering regulations are in place, creating opportunities for rooftop solar. Energy efficiency is also a big focus, with opportunities in areas such as retrofitting and energy management.

With the Vision 2030 focus on job creation and attracting investment, the importance of developing the nation?s skills was underlined, with opportunities in capacity building, vocational training, private education and lifelong learning.

It was stressed that the kingdom is looking for long-term partners who can commit to having a local presence, sharing technology and providing jobs.

The SBJBC Co-Chairs stressed the commitment of the UK government to support the Kingdom?s Vision 2030, and the initiatives the SBJBC has already taken to promote knowledge exchange and business cooperation in key Vision 2030 sectors, following the visit to the UK in March by HRH Crown Prince Mohammed bin Salman.

These include SBJBC?s successful SME Forum in London in April for Saudi and British Tech-Entrepreneurs, and its participation in the newly established private sector groups under the UK-Saudi Strategic Partnership launched in March.

Future SBJBC events were also highlighted, including a UK Technology & Smart Cities mission to Saudi Arabia in November 2018, and a further Privatisation and PPP Roundtable.

Ducab, manufacturer of high-quality cables and cabling products in the UAE, has been named one of the top brands in the UAE for the seventh consecutive year by Superbrands, an independent authority of branding excellence